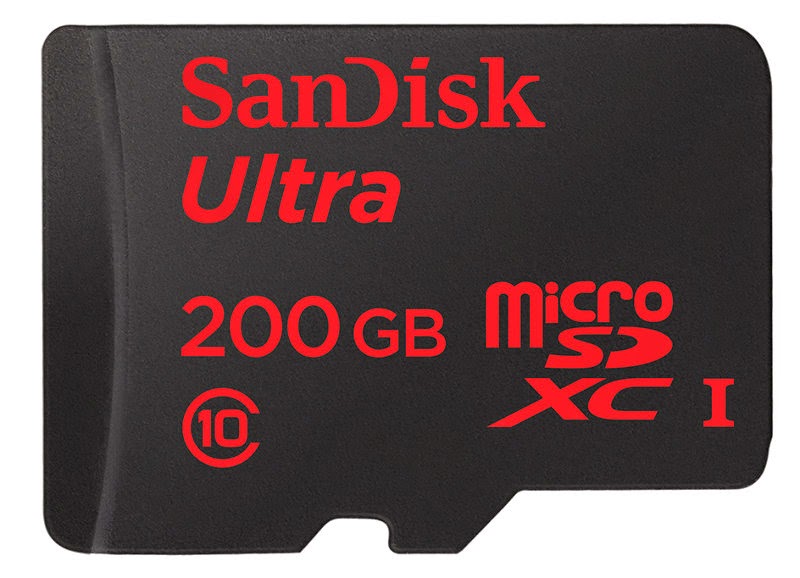 The uses the same SanDisk’s proprietary technology used in the 128GB SanDisk Ultra microSDXC card and uses a new design and production process that allows for more bits per die.


SanDisk today announced a new microSDXC memory card for mobile devices that offers a capacity of 200GB. SanDisk claims it is the highest-capacity microSD card made.
The company said 200GB is good for 20 hours of full HD video content. It can write at up to 90Mbps. The card will be available during the second quarter for $399.99.
The card has a 10-year warranty. When asked about compatibility with today's devices, SanDisk told Phone Scoop that most microSDXC-compatible devices should be able to interact with the card. SanDisk also announced a USB device meant to help smartphone owners transfer data more easily between their phone and computer.
The new Dual USB Drive with Type C connector has a standard USB 3.0 plug for PCs on one end and a Type C connector on the other. It will work with future devices that adopt the Type C connector. There aren't any smartphones with Type C connectors yet, but there should be later this year. The Type C connector is reversible and can be inserted into a phone either way. It is also faster and capable of delivering power. SanDisk's Type C USB adapter has a capacity of 32GB and costs $39.99.